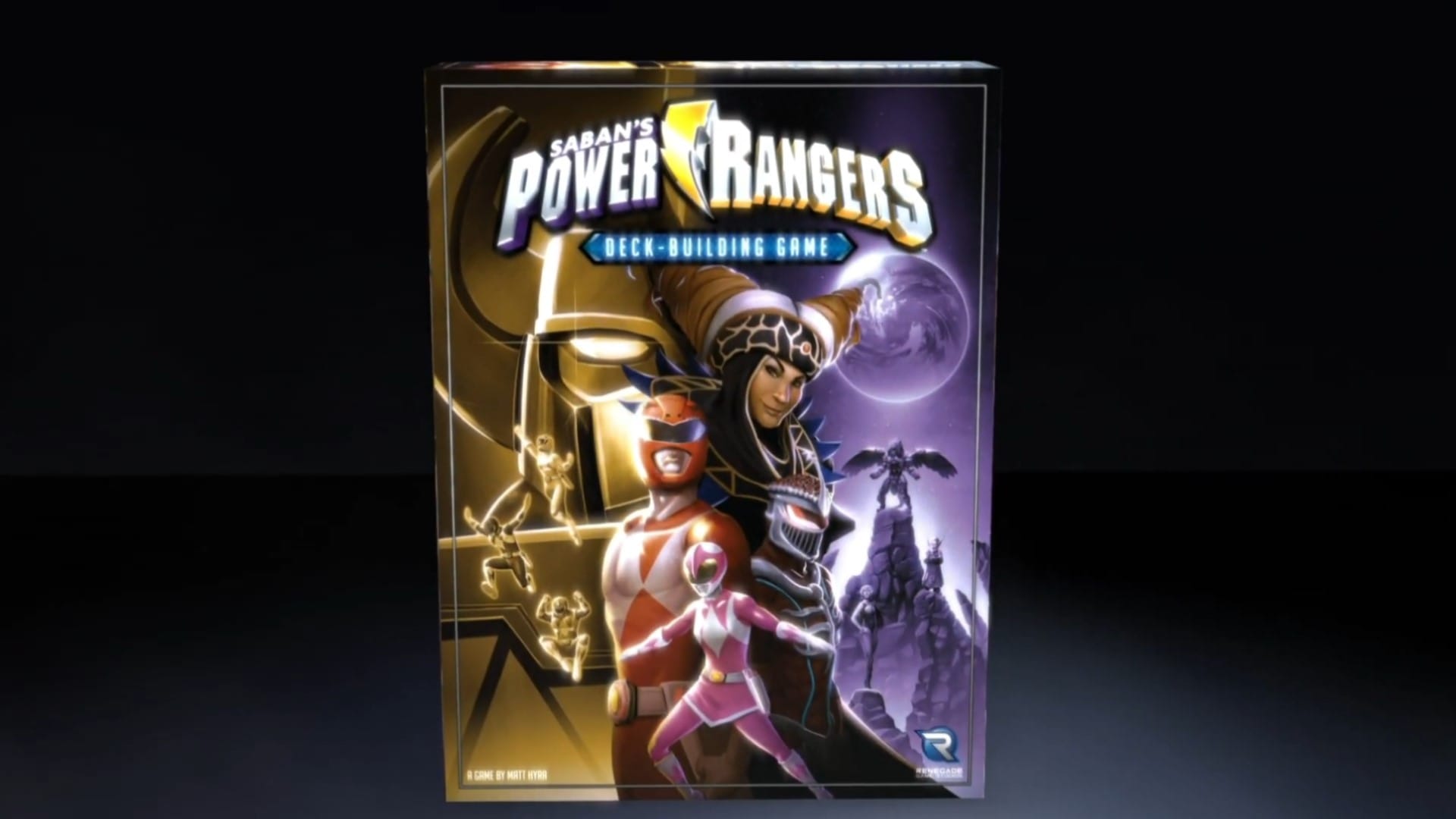 Renegade Game Studios seems to have the magic touch when it comes to adaptation Power rangers in board games. Their successfully funded cooperative miniature game, Power Rangers: Heroes of the Grid and its multiple expansions speak for themselves. Now, there are pre-orders for another board experience with color-coded teens with attitude, this time focusing on the cards rather than the sculpted minis. After sitting down with the aptly named Power Rangers: The Deck Building Game at a preview event, I’m happy to report that the game is the perfect blend of solid game design and a stellar representation of the source material.

Power Rangers: The Deck Building Game is a competitive experience. One player plays the role of the rangers and the other controls the bad guys. Each player selects a ranger or monster to play and begins with a small deck of cards. Both players then take turns playing those cards to get resources to buy better cards from a supply called The Grid and add them to their decks. These new cards can be new weapons, equipment, or teammates, all to help increase their respective offensive and defensive capabilities. Turns continue until a player’s starting health of 30 reaches 0.

Just on this summary, Power Rangers: The Deck Building Game is exactly what you would expect if you’re familiar with competitive deck builders. But the game does a smart job of incorporating a Power Rangers theme into the whole thing. Each playable ranger and villain has color-coded sides on their cards, each corresponding to a certain type of card like gear or allies. These are fitted on the cards, forming a cross on the table. Once these 4 slots are occupied, the central card is turned over on its reinforced side. It is either the morphing of the rangers, or the villains who empower themselves, which activate bonus abilities.

For the game I ran with Matthew Titel from Renegade, I played the role of the rangers with Jason Scott, the classic Mighty Morphin Red Ranger, while Titel played the role of Rito Revolto. The game started off pretty well, mostly buying us grid cards and me fumbling with Tabletopia controls. But once Titel managed to empower his villain, things got more eventful with Rito’s new abilities allowing me to attack multiple times per turn, putting me on the defensive. This causes me to scramble to transform Jason, not only so that I can give me discounts on cards costing energy, but because once a character is empowered you have access to weapons and cards. signature.

Specifically, you have access to additional zords and monsters. When a ranger transforms, their signature weapon is added to the deck and their corresponding zord is added to a slot called Zord Bay. Villains have their signature weapon, and a special trump card is added to a place called Monster Lair. From there, not only can you spend resources to get items from The Grid, but you can also spend energy to buy additional master cards for your lair, or more zord cards for your Zord Bay.

Different master cards allow multi-level effects, like getting more energy or drawing more cards at the start of a turn, while zords have their own abilities related to an energy supply. The trade-off is that once Zord Bay is full, the player has access to a Megazord card which has its own devastating effects.

Unfortunately, this kind of escalation was explained to me after our match rather than lived. This was because the demo had our starting health at 15 rather than the standard 30, which meant the game hadn’t ramped up as much as it could have. Our game ended a few turns after I managed to transform my ranger and managed a high damage card combo.

But after our match was over, I was more than excited to play another match. The possibilities of different combinations, the ecstasy of a one-summon Megazord construction set brought the kind of childish joy I had watching the old Power Rangers show when I was a kid. This was all due to the clever way the game represents elements of the series, I didn’t expect Ernie’s Juice Bar to be the keystone of a deck-building strategy during my game for example, and stellar art courtesy of comic book artist Dan Mora. I can’t wait to see how a full game plays out, and how other more fantastic parts of the franchise’s 20-year history add up over time.