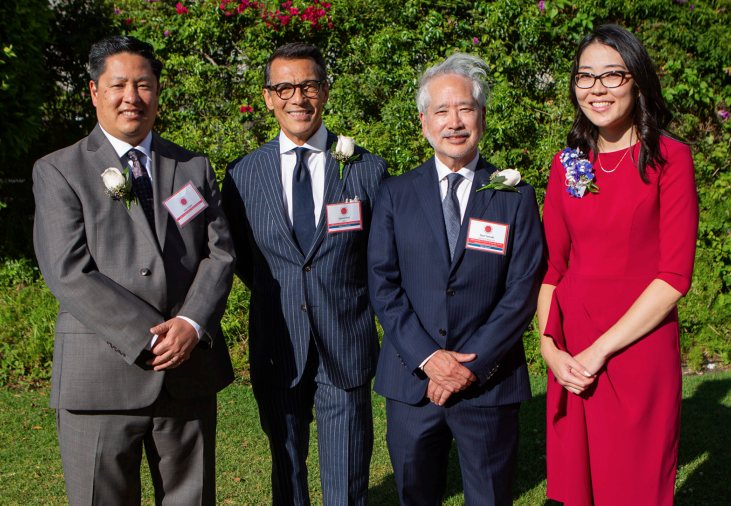 The 45th Annual Japanese American Bar Association Installation and Awards Gala was held July 15 on the Plaza Deck of the Westin Bonaventure Hotel in Los Angeles with over 400 people in attendance.

The keynote speaker and recipient of the Presidential Award for Justice and Equality was Don Tamaki, founding partner of Minami Tamaki LLP in San Francisco and co-founder of Stop Repeating History, a campaign created to educate the public about the importance of engagement. politics and how we can all act against hate.

Tamaki is now one of nine people appointed by Governor Gavin Newsom and the Legislature to serve on the California Reparations Task Force studying the historical and current cumulative impact of 250 years of slavery, 90 years of Jim Crow oppression and 60 years of segregation and its remnants and what California could do to reverse that damage.

JABA honored KABC-TV news anchor David Ono with the Community Leader Award for his years of community service. He has produced several documentaries chronicling the experience of Asian Americans and immigrants, including the incarceration of Japanese Americans and Phan Thi Kim Phuc, the “napalm girl” of the Vietnam War.

Award-winning Bay Area filmmaker and social justice activist Jon Osaki received the Visionary Impact Award for his use of storytelling to educate, organize and inspire action. His works include “Alternative Facts: The Lies of Executive Order 9066” and “Reparations”.