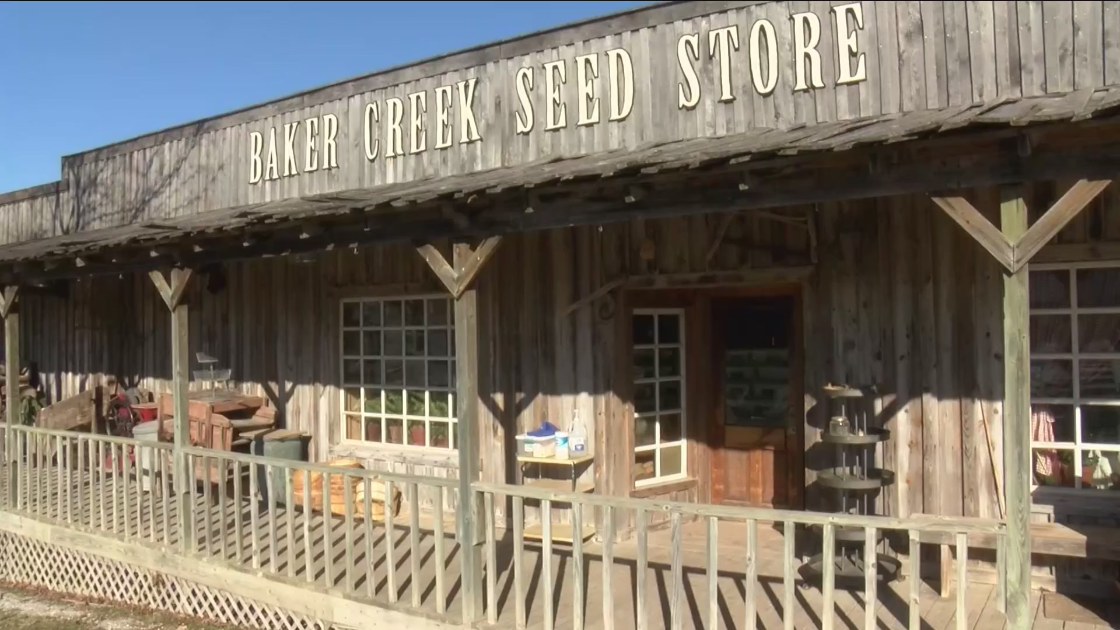 Baker Creek opened its first store in Mansfield in the early 2000s. Today the business has expanded to a warehouse in Seymour.

Jere Gettle, owner of Baker Creek, comes from a long line of farmers and gardeners. Gettle said her business really started in her bedroom when she was 17.

“I grew up in the garden,” Gettle said. “I grew up with gardening parents and grandparents, aunts and uncles. I always wanted to do something with seeds or a seed company.

Gettle said the company launched its online store in the late 1990s. From there, the business flourished. Gettle said the warehouse opened just two years ago. Baker’s Creek uses the warehouse as the primary shipping location. For the employees, they enjoyed seeing the seed company grow.

“During my second or third year here I worked in the shipping department and it was, if we could ship a thousand orders a day, we were thrilled to be able to do that many orders in a day,” said said Kathy McFarland, an employee for 13 years. “Now we can process 4,000 or 5,000 orders a day.”

When McFarland started her work, she said everything was done by hand, marked with pencil and paper. Baker Creek ships to all 50 states and several other countries.

“In Ukraine, there are definitely customers who order from us every year,” Gettle said. “A lot of people who garden are passionate about the type of business we do. “

Gettle said Baker Creek wants to make changes with all the seeds they sell.

“Every year we try to help different projects,” Gettle said. “So many different projects, people and organizations that need help. And here recently, you know, with what’s going on in Ukraine, we kind of looked at the thing and thought, ‘hey, we should do some fundraising for this.’

Gettle’s great-grandfather immigrated from Ukraine. He said they were expelled by the Russian government at the time, after living in Ukraine for around 100 years.

“He always talked about the rich soil in Ukraine and how much he missed his homeland,” Gettle said. “But, he had a farm here in America, in Colorado, and farmed there most of his life.”

Today, 44,000 orders later, Baker Creek has raised $1.6 million for Ukraine in just two and a half days, aiming to expand support for Ukraine one seed at a time.

“When we found out the total amount that had been raised, it was shocking,” Gettle said. “It was definitely more than we thought would happen. I kept trying to access our website and couldn’t get it to move because there were so many people on it. It felt like we had over 100,000 people on it every fundraiser day. That’s about three times our normal volume.

How to help Ukraine from the Ozarks

“I read a lot of emails coming in and, you know, people were like, ‘I’ve already placed my order, but I’m sure there’s still a few things I need'” , McFarland said.

All hands are on deck at Baker Creek Heirloom Seed Company now, as the company strives to get all seeds out to customers. The company hopes to place orders within the next two weeks.