Britton Lumber Company will install an optimized linear edger in 2022 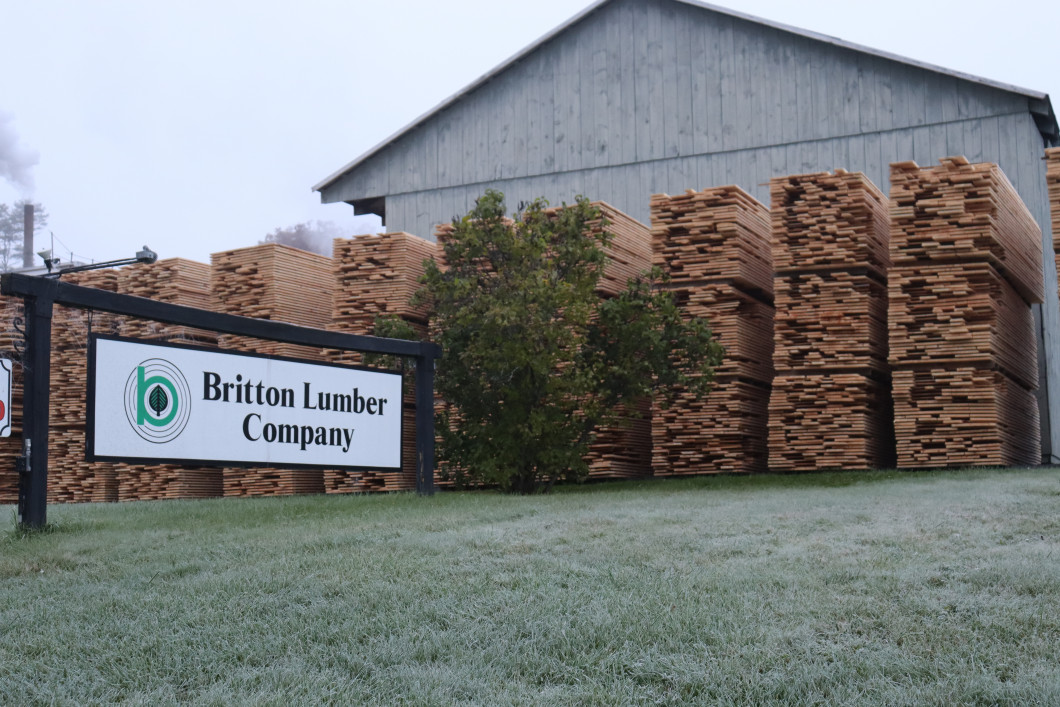 Britton Lumber Company announced the planned expansion of its Eastern White Pine sawmill in August 2022. Located in Bath, NH, Britton Lumber manufactures Eastern White Pine and operates a 30,000 square foot mill that produces approximately 9 million board feet per year. According to the announcement of New Hampshire Timberlands Owners Association, the planned addition will see a new 6,500 square foot structure built over the existing sawmill, which will include a new optimized linear edger, straightener and new belt conveyors and transfer bridges. The new edger and equipment from McDonough Manufacturing will replace Britton’s existing 35-year-old manual edger, which is a significant bottleneck and the most labor-intensive position in the sawmill. Although no jobs are created or eliminated, a key part of upgrading the plant is to improve workflow and create more secure and desirable jobs. Britton Lumber expects production to increase by around 5% and have the project completed and operational by the end of 2022.

Britton Lumber Company is a forest products and building materials company. Founded in 1946 by the Britton family and celebrating its 75th anniversary last year, the business was acquired by Robert Moses in 2014. The business currently operates two divisions: Manufacturing, which produces eastern white pine planks with a sawmill, dryers and a planer. mill in Bath, NH; and Wholesale Distribution, which sells building materials from warehouses in Fairlee, Vt., and Gray, Me. The company’s manufactured products are sold through its wholesale distribution as well as other wholesalers and distributors in the United States and Canada. The Wholesale Distribution Division purchases a wide variety of building materials from manufacturers and distributes them to more than 300 lumberyards and home centers in Vermont, New Hampshire, Maine, Massachusetts, Connecticut and New York. . In 2018, Robert welcomed his two sons into the business. John is the current factory manager and oversees the manufacturing division and Brian oversees the wholesale division. The company has approximately 65 employees.