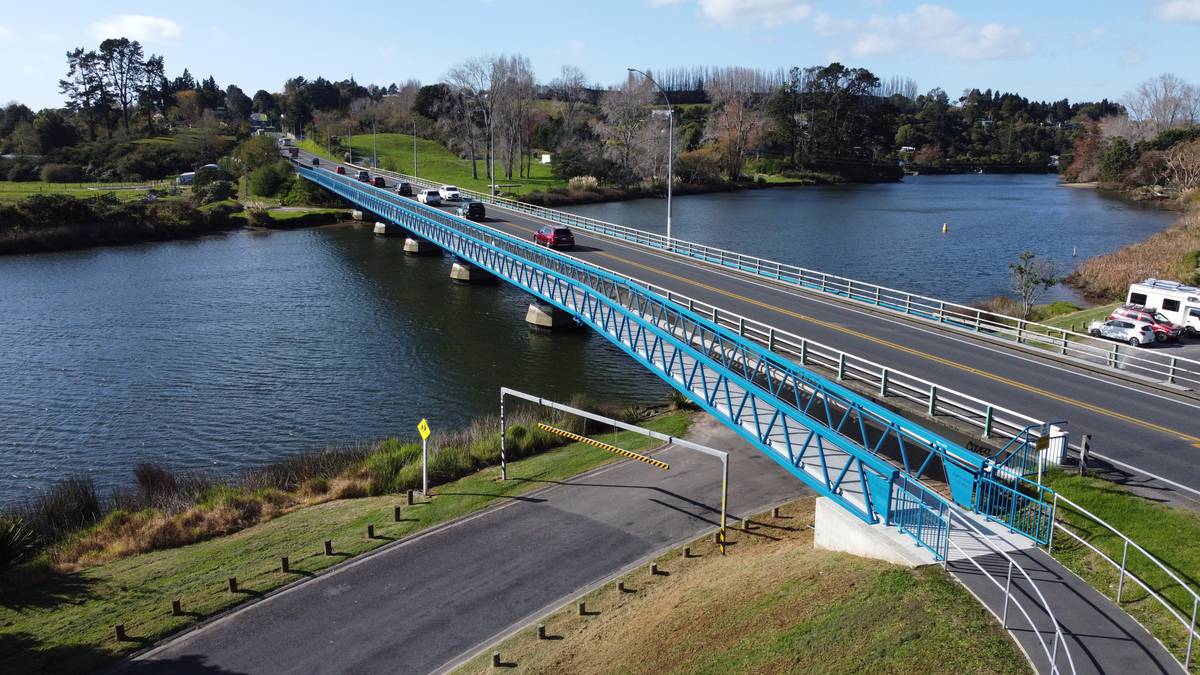 The bike path that was added to the existing SH2 bridge over the Wairoa River. Photo / Provided

Napier-based construction company Eastbridge has won a top national award for its work on the SH2 Wairoa River Cycleway Bridge.

Not only did the company win its category – $1.5-3 million category – but it also took home the highest honor at the awards night, the Supreme Award.

Eastbridge has been recognized for its multi-million dollar project to widen the Wairoa River Bridge to allow cyclists and pedestrians to safely cross the 177m long bridge.

Neither the bridge deck nor the pier columns offered enough spare capacity to retrofit an extension of the cycle path at deck level.

Instead, the company used lightweight, modular steel construction to add a cycle path to the existing bridge in a safe and innovative way.

The eye-catching “clip-on” is now used along the existing bridge for walkers and cyclists.

It did not require the construction of new structures in the bed of the river itself.

“It demonstrates clever design and construction, and the attributes of steel combined to allow a cycle lane to be added to an existing bridge without any reinforcement work,” commented the judges.

The Wairoa River Bridge is part of the Omokoroa Bikeway in Tauranga, and the new bikeway and walkway provided a safe crossing for the community.

The awards took place at the Hilton Hotel in Auckland.

Napier-based structural steel fabricator Red Steel was another strong local. The company was a finalist for its work on the Hawke’s Bay airport expansion.

Eastbridge has already won an award for its work on the Manawatu Cycleway Bridge.