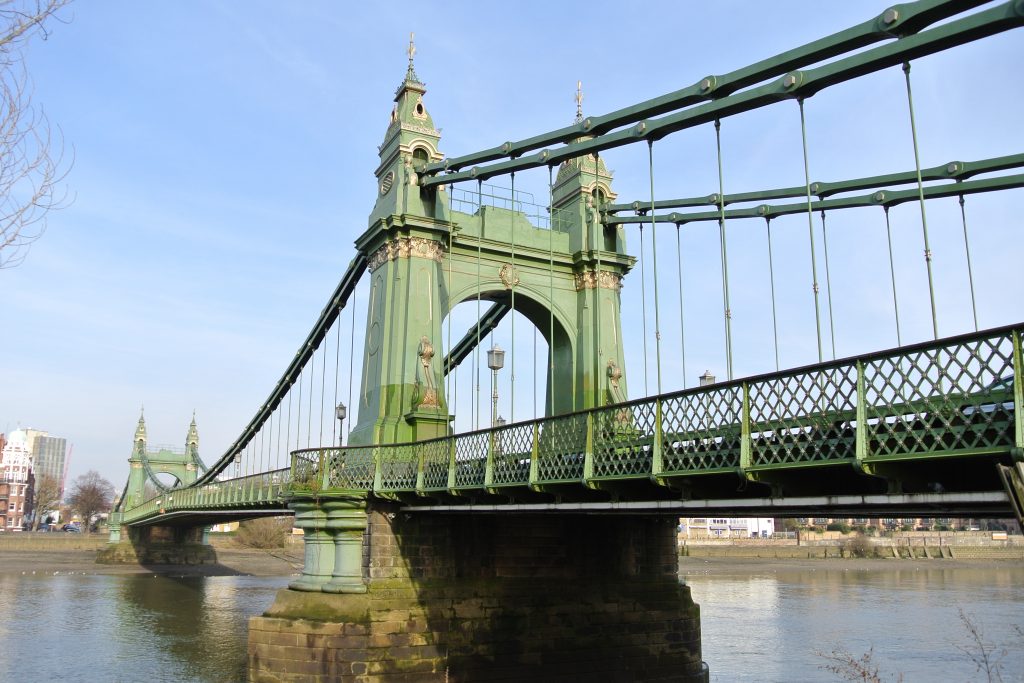 The deadline for expressions of interest for the £130million job to carry out reinforcement work on Hammersmith Bridge has been extended.

While the previously published forecast notice set June 8 as the deadline for applying, the London Borough of Hammersmith and Fulham have republished the tender to allow more contractors to throw their hats in the ring. . The new deadline is one week later, Wednesday, June 15.

Hammersmith and Fulham have already received 22 expressions of interest for the project. Borough Council is currently preparing a webinar and information packs for these parties, which will take about a week, and has decided there is still time to re-open the window for any other contractors who may still be interested. throwing their hats into the ring.

The notice is for Phase 2 of the bridge work, which will include the most significant works needed to reinforce and restore the bridge to full modal access (subject to remaining weight restrictions prior to closure).

The council said it was considering a range of options for the delivery of the reinforcement works, including a design, build, finance and maintain model, and a more limited design and build contract. The indicative capital cost of the Phase 2 works is between £80m and £130m and publication of the contract notice is expected in October.

Hammersmith Bridge, which carries the A306 over the River Thames in west London, has been closed to motor vehicles since August 2020 when cracks in the structure were found to have widened during a surge heat.

Although it reopened to pedestrians and cyclists in July 2021 and a £9 million stabilization project led by contractor FM Conway began earlier this year to protect this temporary development, much more work are needed to allow the crossing to return to full use.

A technical study by Foster + Partners Architects and Cowi Bridges Engineers last year found that a temporary double-decker crossing, using the existing bridge foundations, would cost around £100m – allowing cars to cross the river again faster and more cheaply than the alternative proposals.

In March, Foster + Partners and Cowi received funding from Hammersmith & Fulham Council to further develop the proposed two-storey solution to help restore Hammersmith Bridge. A full feasibility study is currently underway as part of a £3.5m investment by the council, which will also cover ground surveys around the foundations of the bridge, crowd studies and traffic modeling .

NCE understands that the decision whether or not to move forward with the two-tier solution has not yet been made.

How the two-tier solution would work

The two-story solution is to construct a new raised truss structure above the existing road deck. The structure will consist of two sections launched from abutments at each end of the bridge.

They will then be pushed through the opening in the existing Hammersmith Bridge tower to the mid span where the two sections will meet in the middle.

A vehicle ramp is then installed at each end to allow access to the upper deck of the temporary structure.

At first, pedestrians and cyclists would use the upper level and the lower level would be used as a construction site; giving workers access to the deck and hangers of the Victorian structure.

This would allow contractors to remove the existing bridge from Hammersmith Bridge in sections and lay them on barges in the River Thames to be taken off-site for refurbishment, reducing the load on the structure which in turn allows motorized traffic to use the temporary passage.

Once the Hammersmith Bridge deck has been successfully removed, the lower level of the temporary crossing will then be used by pedestrians and cyclists, while the upper level will allow motorists to cross the Thames.

Click here to learn more about the two-stage solution.

Do you like what you read? To receive daily and weekly New Civil Engineer newsletters, click here.