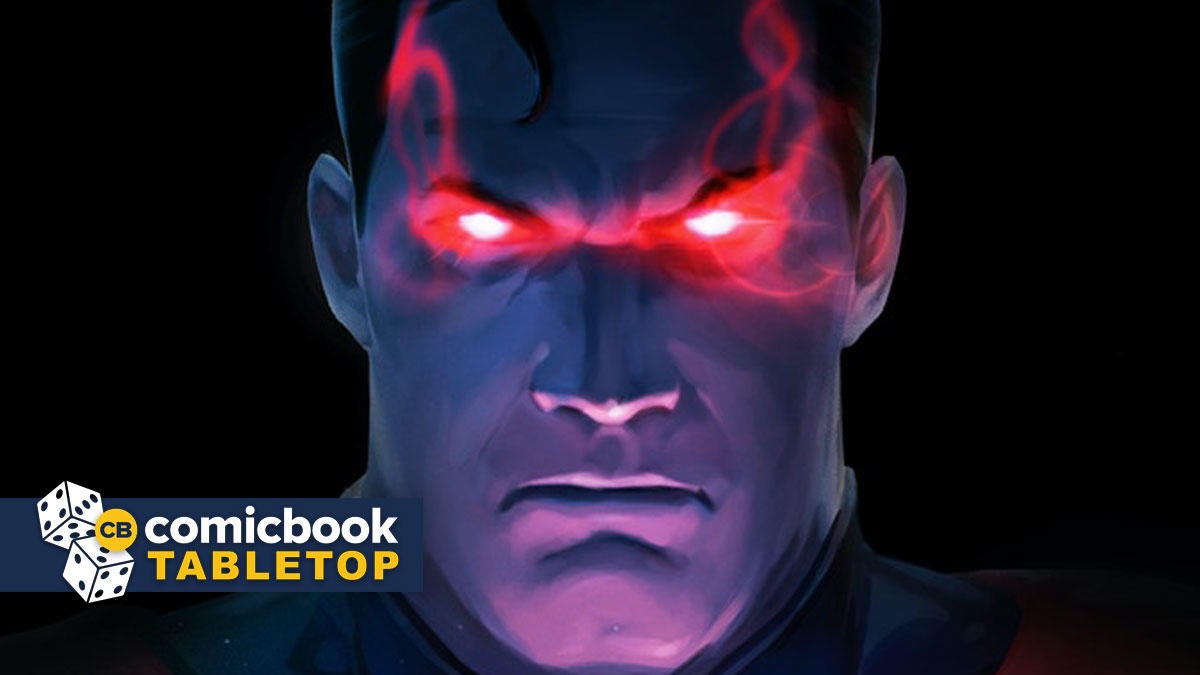 Cryptozoic Entertainment’s fantastic DC Deck-Building Game is celebrating its 10th anniversary, and it’s set to grow for the big occasion with a new Kickstarter campaign. The DC Deck-Building Game 10th Anniversary Kickstarter includes two new additions to the series in Injustice: Gods Among Us and Rivals – The Flash vs. Reverse-Flash, as well as a slick multiverse box in the Super Heroes and Super-Villains versions, and you can find the campaign here. The $70 Injustice For All tier gets you Injustice and Rivals (with all stretch goals), while the $135 Welcome to the Multiverse tier gets you Injustice, Rivals, Super-Villains Multiverse Box, and Super-Villains playmat.

If you support the DC DBG Super Fan tier, you’ll get Injustice, Rivals, the Heroes and Villains multiverse boxes, and the Super-Villains and Injustice playmats. Injustice gives you 190 cards and 9 character cards and uses the Brawl system, while Rivals comes with 99 cards and 6 character cards, using the Rivals system. You can find the official descriptions for everything below.

DC Deck-Building Game: Injustice immerses you in the world of the hit video game and comic book Injustice: Gods Among Us as Batman and his insurgents do battle against a tyrannical Superman. Using Brawl’s version of the Cerberus Engine, players land devastating blows and block their opponents’ strikes. The Kickstarter Exclusive cover is by renowned artist Well-Bee (Marvels x, The No Ones) and the game cards feature extraordinary original artwork by six talented Altercomics.net artists as well as artwork straight from the Injustice comics .

DC Deck-Building: Rivals – The Flash vs. Reverse-Flash brings you into the high-speed battle between the iconic rivals. Each player has three unique Character cards, each with more formidable abilities and a higher cost than the previous one. Players use the cards in their hands and special abilities like “Speedster” to buy cards and compete until The Flash or Reverse-Flash dominates!

The new DC Deck-Building Game: Multiverse Box is available in both a Super-Villains Edition with a Kickstarter-exclusive cover showing some of the greatest villains in DC comics history and a Super Heroes Edition with a cover. showing DC’s most famous heroes. . Featuring the original cover by artist Omar Francia (Legends of the Dark Knight, Doom Patrol), these storage boxes for your collection are designed to hold sleeved cards and feature a row specifically for oversized cards. It includes a Crossover Pack that uses your entire collection!

What do you think of the novelties of the series? Let us know in the comments or, as always, you can talk all things tabletop and DC with me on Twitter @MattAguilarCB!