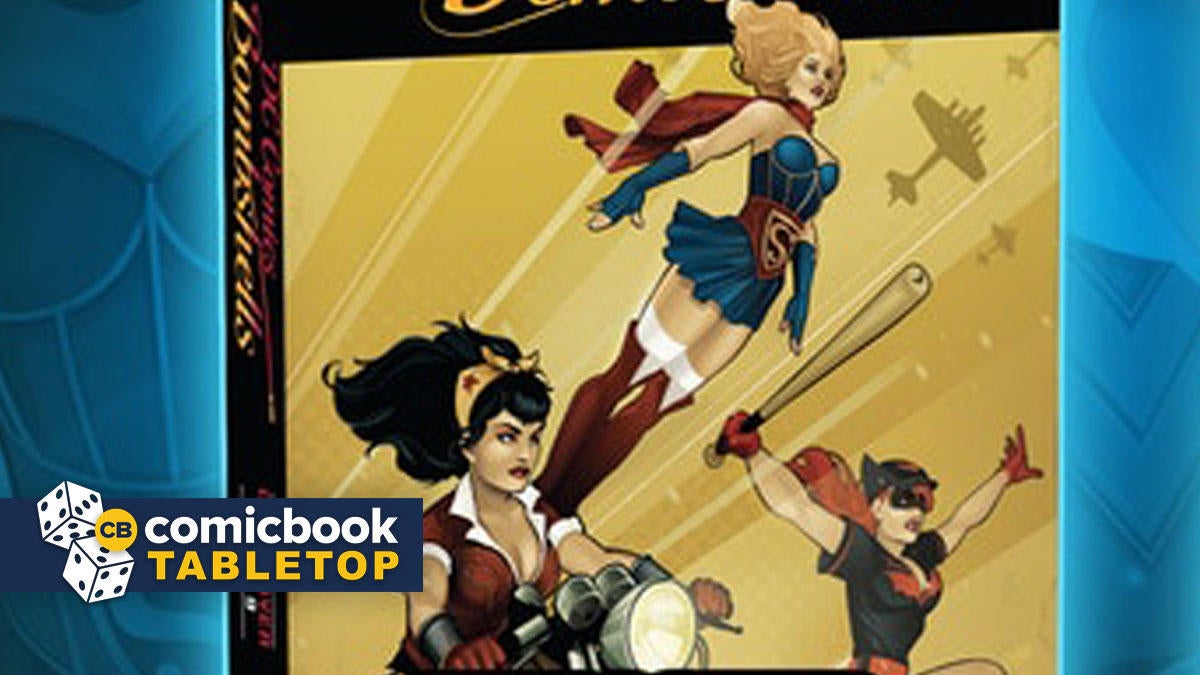 Cryptozoic Entertainment’s DC Deck-Building Game 10th Anniversary Kickstarter is moving forward and unlocking new campaign additions, and one of the coolest Stretch Goals yet is the DC Bombshells Crossover Pack. The pack will ship in an exclusive Kickstarter box and will bring Bombshell heroes like Wonder Woman, Supergirl, Stargirl, Mera, Zatanna, and Batwoman into the game. a new Bombshell Attack keyword that will allow you to access powerful effects. You can check out the DC Bombshells Crossover Bundle and the full 10th Anniversary Kickstarter campaign here.

Super-Villains previewed in the pack include The Joker’s Daughter and Killer Frost, but we’ve also seen hero cards like Catwoman, Hawkgirl, Barda Free, Raven, and Vixen, as well as the villain card reveal Harley Quinn. There will also be 1 Randomizer card and 1 Multiverse Divider included in the crossover pack, and these cards can also be mixed with any other DC Deck-Building Game base set.

The 10th Anniversary Kickstarter lets you back the new Injustice Gods Among Us expansion and the Flash vs. Reverse-Flash Rivals box, as well as the Heroes or Super-Villains editions of the Multiverse box. Higher tiers also let you get past expansions in new multiverse editions, and there’s even a tier that lets you get all past promo cards.

A series of stretch goals have also been unlocked in addition to the Bombshell Crossover Pack, including new character cards for Injustice like Sinestro, Catwoman, Raven and Lex Luthor, as well as new Super Move cards, new Nemesis cards, Super Power cards, and more. Rivals also got a new Promo card, additional Kickstarter exclusive cards, and an added sheet of 12 Speedster cards. The Multiverse boxes also have all new maps and oversized slots as well as a component box. Finally, the Bombshells set also received a new character to play as in Commander Waller as well as new Hero cards with Batgirl, Katana and Black Canary.

Currently, there are two more objectives remaining, each unlocking 5 additional Arena card variants at $600,000 and $625,000 respectively. We’ll have to wait and see if any more unlocks, as we’re already at $597 with 14 days left, so it looks like we could add a few more.

Are you jumping into the new DC Deck-Building Game 10th Anniversary Kickstarter? Let us know in the comments or, as always, you can talk all things tabletop and DC with me on Twitter @MattAguilarCB!