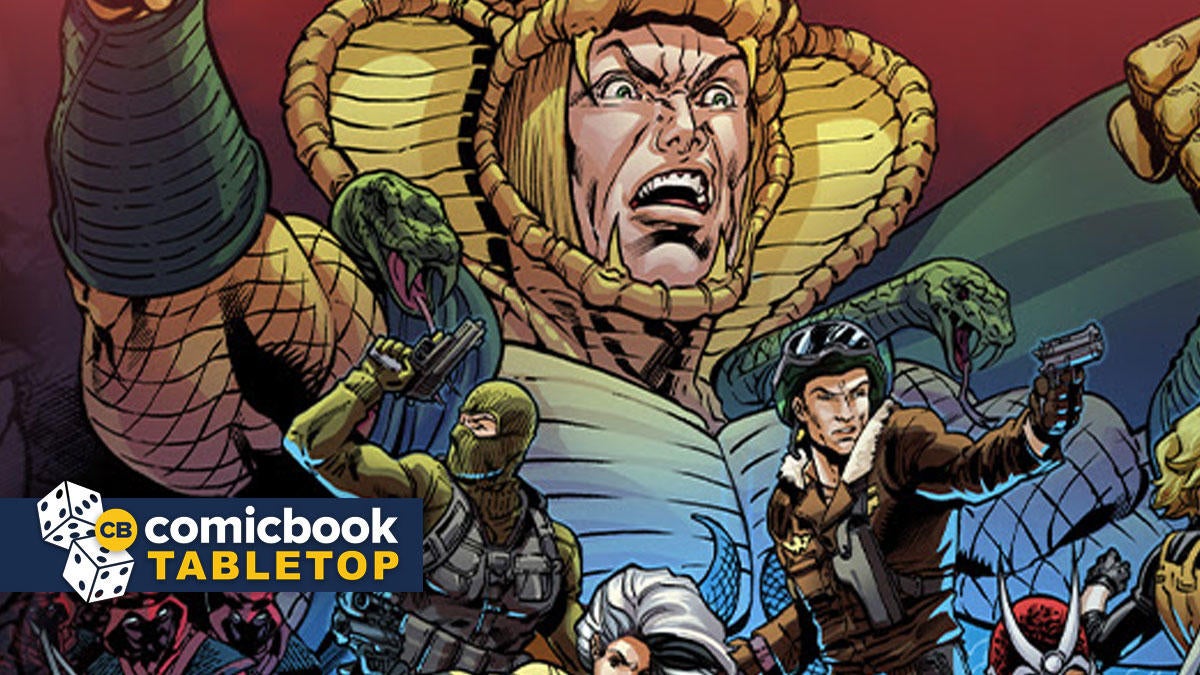 Renegade Game Studios unveiled a host of new expansions for their Power Rangers, Transformers, and GI Joe franchises, and that included a new expansion for their GI Joe deck-building game. The new expansion is called Shadow of the Serpent and lets players jump back into the game with new missions, main deck maps, Cobra Officers, Cobra Troopers, and a new Command Center to build and protect. You’ll need the base game to play, and those who pre-order the game (which is available to pre-order here) will receive a special bonus box for free, which adds even more goodies.

Bonus Box #2 contains two special promotional Joe cards and a backdrop for your Command Center. Those who remember the first game’s bonus box will recall that it included a buildable shed, so now you can add another building to your growing GI Joe base.

Shadow of the Serpent can accommodate 1-4 players and can be pre-ordered for $30.00, and you can find the official description for the new expansion below.

The evil Cobra organization threatens the world with their schemes and it’s up to you to stop them!

In this Deck-Building game, you and your fellow players will lead teams of GI Joe soldiers on a mission to stop Cobra’s dastardly plans! You have survived the basic missions and are ready for more. This expansion includes new missions, main deck maps, Cobra officers and troopers, and a command center to build and protect!

This is an extension. The GI Joe Deck Building Game is required to play.

GI Joe Deck-Building Game’s Shadow of the Serpent expansion is expected to hit stores in the second quarter of this year.

Are you excited for the new GI Joe expansion? Let us know in the comments or, as always, you can talk all things table and GI Joe with me on Twitter @MattAguilarCB!