Deck-building roguelike Monster Train is heading to Switch this month 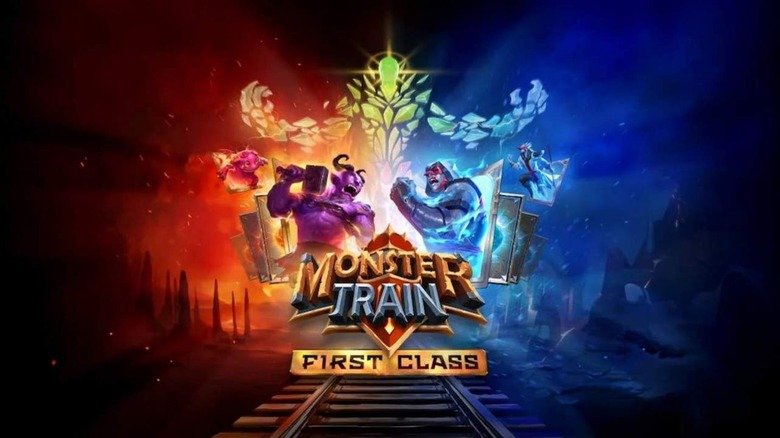 Roguelikes are among the most popular indie games right now, and as the genre gets more and more crowded, we’ve seen several different subgenres develop. One subgenre that has proven to be hugely popular is the deck-building roguelike, whose success has been led by games like kill the arrow. Today we learned that one of the best deck building roguelikes, monster trainis coming to Nintendo Switch.

Even better, the Switch version of monster train fast approaching, with developer Shiny Shoe Games announcing an August 19 release date today. Monster Train: First Class will cost $29.99, which is five dollars more than the cost of the base game on Steam. It should be noted, however, that Monster Train: First Class delivered with The last deity DLC, so basically you’re paying a little less on Switch than you would for the base game and DLC on PC.

You’ve asked MANY times and it’s coming! Monster Train is coming to Nintendo Switch on August 19. Here is a chain of FAQ threads. https://t.co/3XeOLVfNmo pic.twitter.com/chnfp3oYqI

That’s good news, as we’ll often see games get a little price bump coming to the Switch, so it’s nice to see that’s not happening with monster train. Either way, Shiny Shoe Games confirmed today that the Switch version will feature cross-play between the PC and Xbox versions of the game, but unfortunately cross-saves won’t be supported.

Additionally, Switch players will be able to participate in Community and Daily Challenges and generate and share their own challenges. monster train is a game about reclaiming Hell from the forces of Heaven, and you’ll do that by building decks of cards containing all kinds of minions and monsters.

For those who enjoyed kill the arrow, monster train worth checking out as the two titles hit similar notes while still feeling very distinct. The eShop listing for monster train is already live, so feel free to browse, but if not, just wait until the game lands on Switch on August 19.