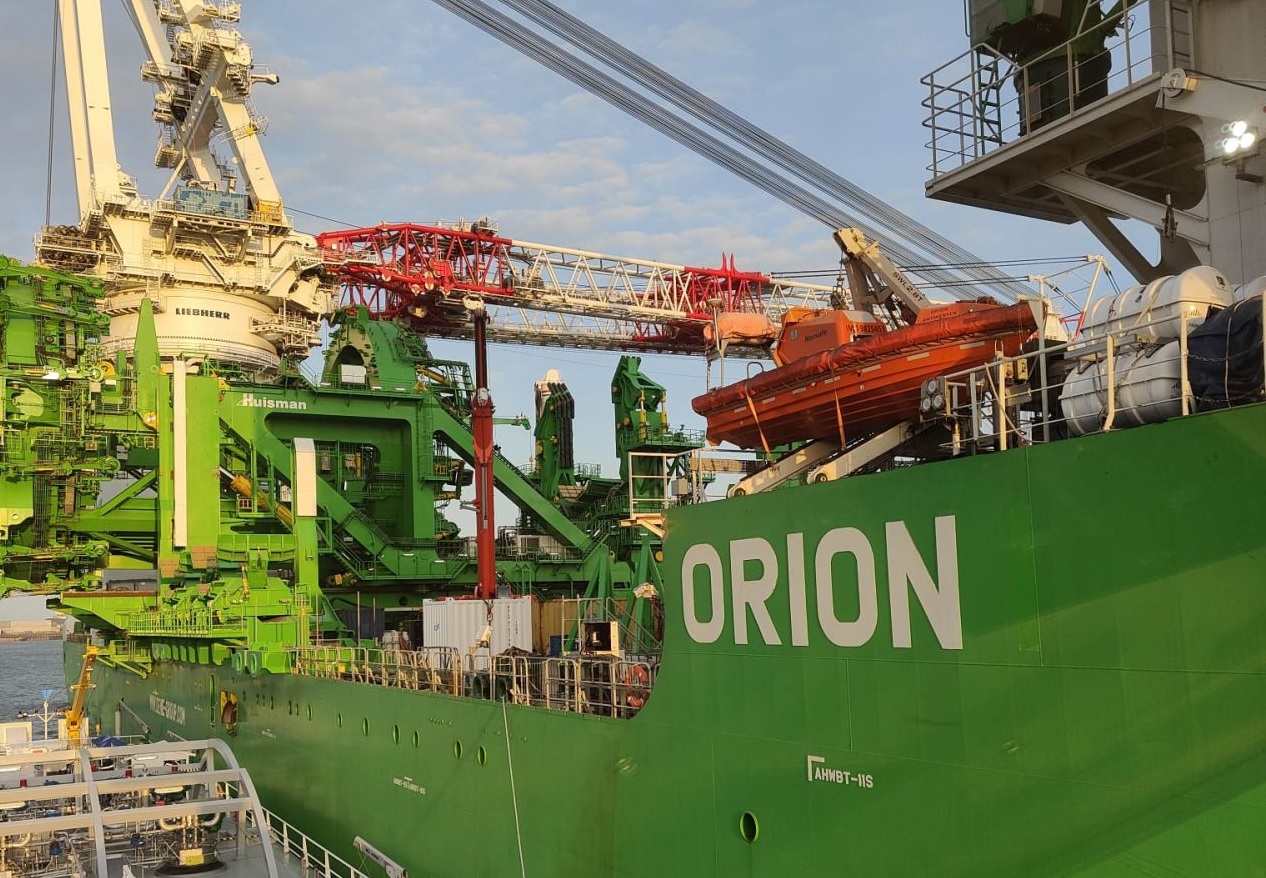 DEME’s new installation vessel Orion officially joined the fleet and concluded a ship-to-ship LNG bunkering operation operation at the DEME base in Vlissingen.

Orion is equipped with a 5,000 ton crane and is designed to handle the huge turbines and foundations of the future. With a total installed power of 44,180 kilowatts and a length of 216.5 meters, the vessel has a large deck and maximized deadweight to handle the heaviest components.

The vessel is fitted with dual-fuel engines allowing it to run on LNG. It also has other green features on board, such as a waste heat recovery system. The evaporation of the LNG also makes it possible to cool the accommodation thanks to a cold recovery system. Besides, Orion has a Green Passport and Clean Design rating.

In a social media post on May 18, DEME informed about the first bunkering of LNG from this installation vessel at the DEME base in Vlissingen. The, Titan LNG successfully carried out the ship-to-ship bunkering of approximately 600 tonnes of LNG.

Luc VandenbulckeCEO of DEME Group, previously commented: “This vessel heralds a new era in the offshore energy industry; one that will be dominated by multi-megawatt turbines, liners and components. The combination of unique technology, load capacity and superior lift heights will allow Orion to play an important role in helping the industry successfully navigate the energy transition.

The Orion will soon set sail for its first project in Germany, where XL foundations will be installed at the Arcadis Ost 1 offshore wind farm. This will be followed by a decommissioning project in the UK. The vessel will also be deployed for the installation of 176 foundations at the Coastal Virginia Offshore Wind Farm in the United States, one of the largest offshore wind developments in the world.