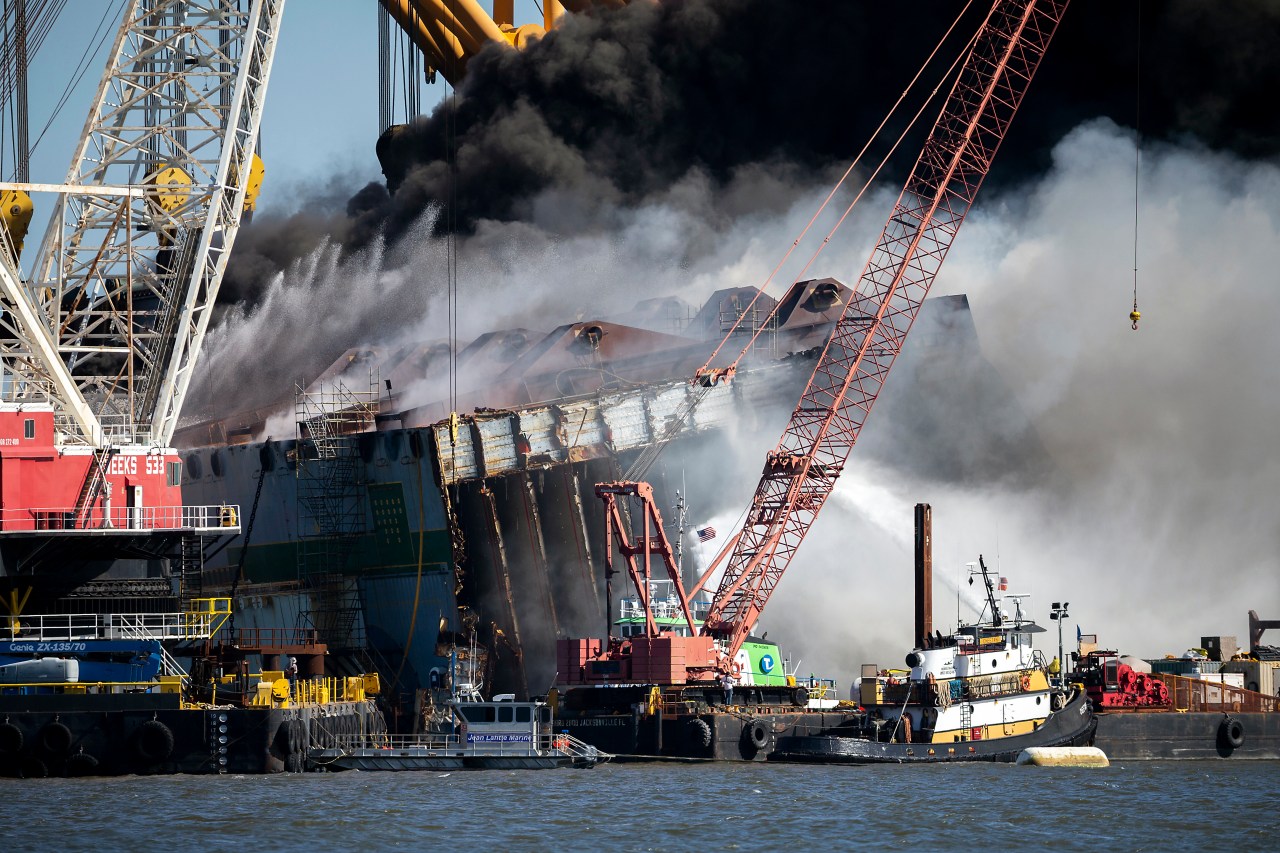 GLYNN COUNTY, Ga. (WSAV) – The Glynn County Commission is suing the companies that owned the Golden Ray – the vessel that capsized in September 2019 and took nearly two years to be removed. The company also supervised the removal of the vessel.

The complaint says that during the process of removing the vessel, which was 656 meters long, leaked fuel and polluted waterways and marshes. According to the lawsuit, the ship was carrying 300,000 gallons of heavy fuel oil in 24 tanks.

Read the federal lawsuit below.

The county wants each defendant to be liable for an amount to be determined in a jury trial. The lawsuit also claims that the vessel capsized in “cupcake conditions,” meaning it was a sunny day, with good visibility and light winds.

In August, during the removal process, the ship reported an oil leak from a vent pipe. According to the St. Simons Sound incident response, responders plugged a vent pipe which they believe was the most likely source of the released oil.

The submerged vent was part of a cut and lift operation on July 31 and began leaking oil.

In addition to fuel, the ship overturned with 4,200 vehicles in its cargo decks. Salvage teams worked from November 2020 to cut the ship into eight sections and remove them one at a time. The removal process was finally completed at the end of October.