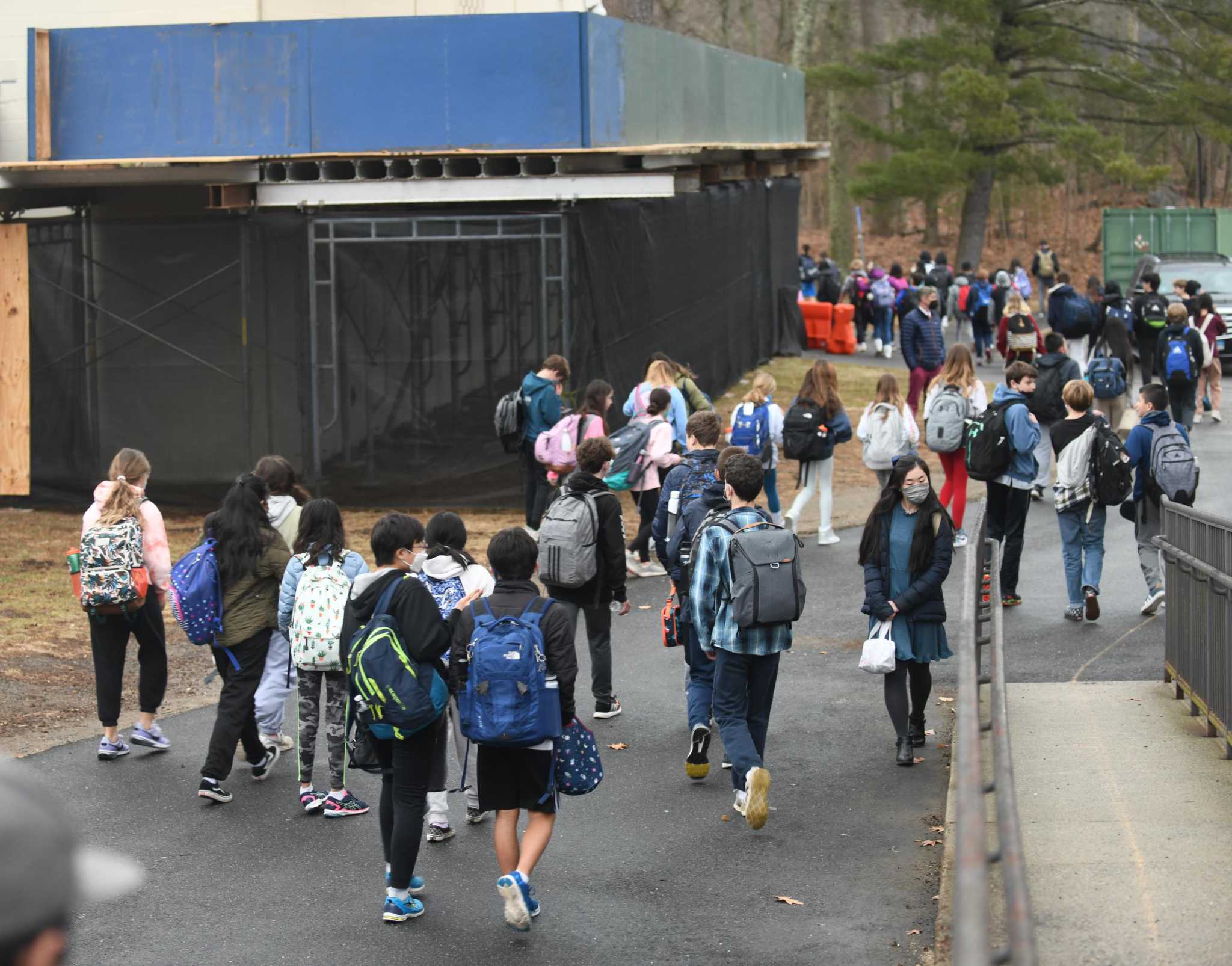 On Friday, February 4, with students absent due to inclement weather, the school was closed and deemed unsafe for occupation. After a technical assessment by Diversified Technology Consultants highlighted “significant structural issues,” city inspectors visited and closed the building.

DTC Greenwich Public Schools facility engineers, inspectors and staff worked during the building’s closure to develop a plan that could alleviate concerns, according to the district.

Over the next week, CMS students were split across three school sites. Last week, the whole district was on winter vacation.

To bring students back into the building, school officials had to shore up the building’s degrading wall ties. Wall ties connect the concrete block veneer to the structural interior wall so that when they rust, the exterior wall blocks can move.

Engineers came up with a plan so that if blocks were to fall, they couldn’t hurt anyone, according to the district. Last Wednesday, crews completed installing the custom scaffolding, or “sidewalk bridge,” around the gymnasium and the breezeway leading to the science building. The scaffold has a decking above that can catch all the debris and netting around it.