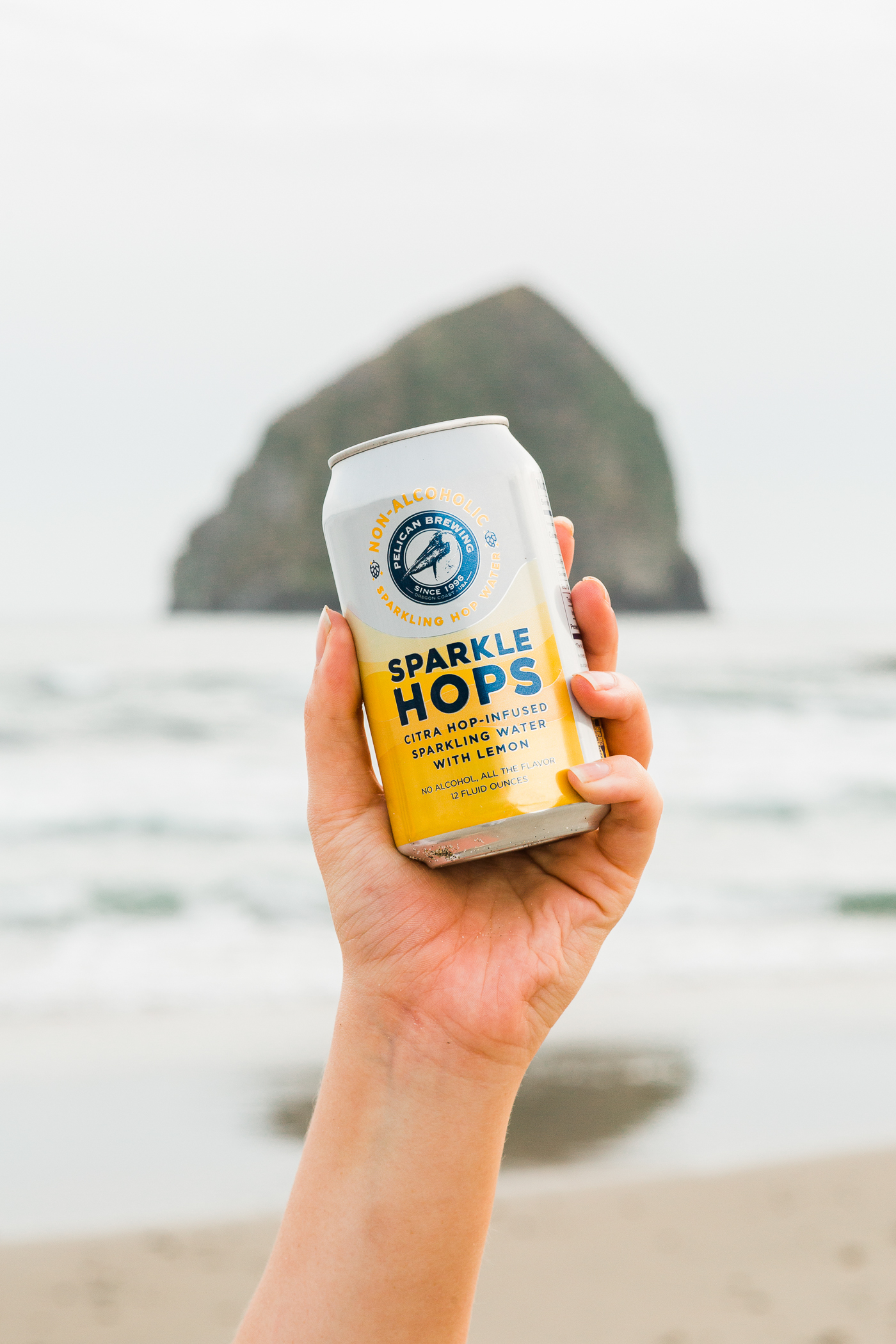 “Our brewers first created this non-alcoholic sparkling water to drink while working on the brewing deck,” says Mary Jones, co-founder and CEO of Pelican Brewing Company. “It was such a hit with our brewing staff that we realized we should share this with our beloved flock. We also saw an opportunity with consumers shifting their preferences towards soft drinks and wanted to offer our Pelican version of this growing category.

Constructed from unique hops paired with fruit flavors, Sparkle Hops deliver complex and refreshing flavors any time of the day. The striking offering of Strata rose combines the abundant blueberry and blackberry flavors of Oregon-grown hops with the earthy taste of acai. The Citra flavor delivers an extra kick with every sip, as the bold hops deliver citrus notes of hop character paired with a lemon zest on the finish.

Consumers can choose between a three-month subscription service that offers four six-packs per month for three months, or purchasing four six-packs of Citra or Strata flavor individually. Shipping begins June 21, 2022.

Pelican Brewing Company was born on the beach in 1996. Here, in front of a dilapidated old building by the water’s edge, stood three enthusiastic young people whose thirst for good beer overshadowed their understanding of what it would take to build a brewery. They did it anyway. Thanks to the vision of founding owners Jeff Schons, Mary Jones and master brewer Darron Welch, Oregon’s only beachfront brewery has become one of the most popular destinations in the state. And now, 26 years later, Pelican Brewing Company is an iconic beach brand and one of Oregon’s most decorated craft breweries. Pelican has received over 450 awards, including the prestigious 2015, 2016, 2017 Australian International Beer Awards Champion Medium International Brewery; Small Brewery Champion of the 2014 World Beer Cup; Major Brewery of the Year at the 2013 Great American Beer Festival. Why? Pelican teas are playful, but not frivolous. Brewed with determination, passion and a deep respect for the craft. Pelican operates brewing and brewing facilities in Pacific City, Cannon Beach, and its state-of-the-art brewery in Tillamook, Oregon, where it brews 40,000 barrels of award-winning beer each year and distributes it in six states. Pelican’s vision, beer and values ​​were born at the beach, where the team wakes up every day in a place that reminds them that amazing is possible. Cheers, fellow fanatics!