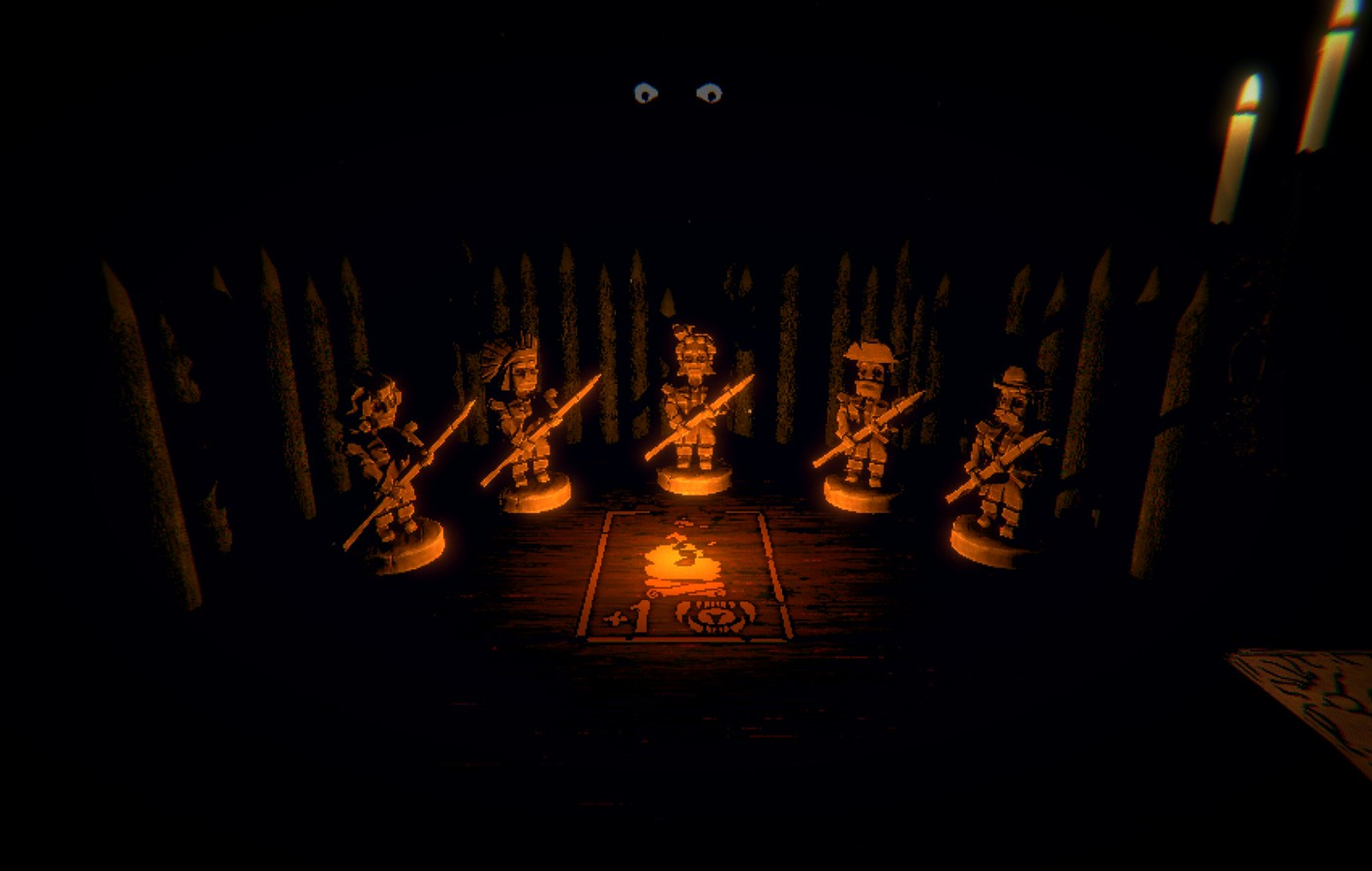 The game is coming to both PlayStation 4 and PlayStation 5, with the port being announced via a trailer which features around a minute of in-game footage. The announcement was also accompanied by a PlayStation.blog post from Daniel Mullins, the creator of Registration.

The aforementioned new features aim to make the game more immersive. These include audio from the associated talking Stoat board that comes through the controller’s speakers, as well as controller lights that change to match in-game lighting. Finally, the inclusion of haptic feedback, a feature exclusive to the PlayStation 5 DualSense controller.

The game is described by Mullins as being “an inky card-based odyssey that’s part deck-building roguelike, part escape puzzle, part psychological horror”. Mullins also teases that “what starts out as an evil deck builder soon becomes something completely different, but I’ll let you discover its darker secrets for yourself.”

Players will find themselves “trapped at the mercy of a sadistic stranger known only as Leshy, who appears as nothing more than a pair of glowing eyes watching you from the darkest corner of his cabin.” From there, players must defeat Leshy at his own ever-changing deck of cards.

There is currently no set release date for the PlayStation versions of Registration at the time of publication or at a specified price, however, it probably won’t differ too much from the £16.79 price tag of the PC version of the game. It’s also unclear whether the game will be coming to other platforms.

In other news, the long-awaited Ubisoft title skull bones is finally in November for Xbox Series X/S, PlayStation 5 and PC. However, it will only be available through the Epic Games Store at launch.