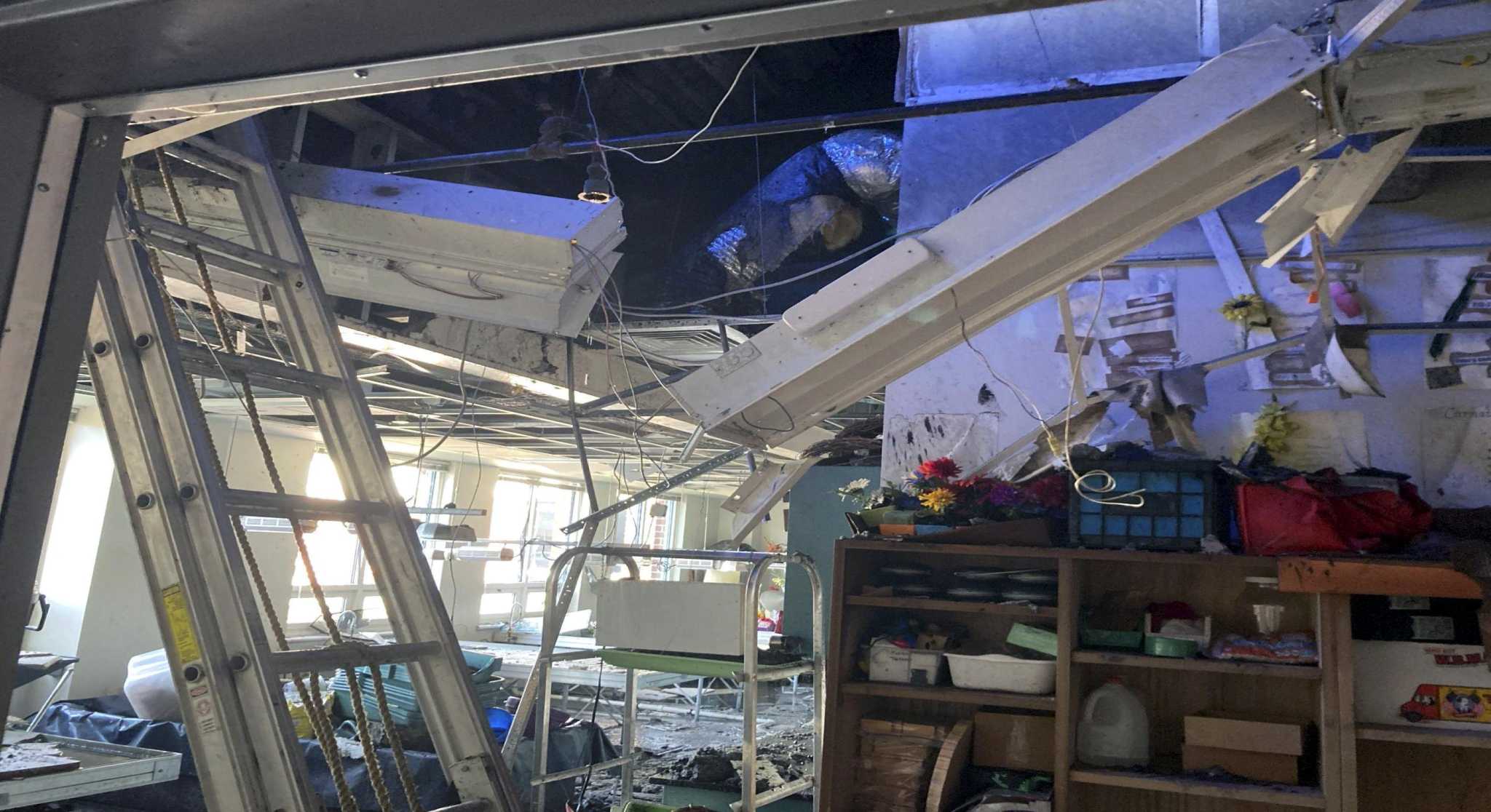 NEW MILFORD — The mayor has fired the company that was doing roofing work at the school, following the school’s second roof fire since December.

The decision to lay off United Roofing & Sheet Metal, Inc. in Brookfield comes after the fires, with the contractors also blamed for a falling pipe and a ladder hitting a city truck. The cause of the second fire has yet to be determined, but the fire marshal said a December fire came from roofing work.

The company could not be reached for comment Thursday morning.

Bass said “time is running out,” and he doesn’t think the city should have solicited offers to complete the rest of the $4.76 million roof renovation project.

“We want to get the kids back to school,” Bass said.

Dean Petrocelli, the architect for the roofing project, told Bass that two contractors could start work on the project in September. Bass did not share the names of the two contractors.

“We are reviewing the legality of whether we are allowed to do this – receive the funding without going back to bid,” he said. “Since not everyone is still in the Capitol every day, it’s about finding all the people who are in place and talking to them.

He added that the city is doing all it can “on both sides of the aisle, working with folks in Hartford trying to see if we can allow this to happen, so we can get going without having to wait. longer than necessary”.

At last week’s city building committee, Bass said United Roofing workers were responsible for a pipe falling on the ground during construction and a ladder hitting one of the construction trucks. city’s community emergency response team. These incidents occurred before the fire.

The work carried out by the contractors involved the use of a propane torch. The torch was responsible for a december fire in high school, Bass said, when the same contractors were on the roof.

On Thursday, Board of Education Chair Wendy Faulenbach said the district is working to get portable classrooms sent out for the back-to-school season.

“For the actual educational part, that’s the priority, providing in-person learning with portable classrooms — and that’s still a work in progress,” she said.

She said the district is “racing against time” to make this happen, “but safety comes first and welcomes students. There’s an awful lot of pieces to that. There’s the curriculum, there’s transportation, there are extracurriculars.

She added that preparing schools for a normal opening “is hard enough, but now add that. And so, that’s the scale of what we’re up against. We all have the same goal, and I I’m proud. I hope we get there. But it’s literally everyone on deck.

She asked the New Milford community for patience.

“The community at large recognizes that remote learning would be the last resort and we are doing everything we can to ensure you have that opportunity,” she said. “We ask for the patience of parents and, more importantly, we appreciate the support of the community. It’s teamwork.

When the fire broke out, around 30 students were put on buses. Building personnel evacuated.

If the fire had happened a day later – Wednesday, around 375 students would have been in the building in summer programs.