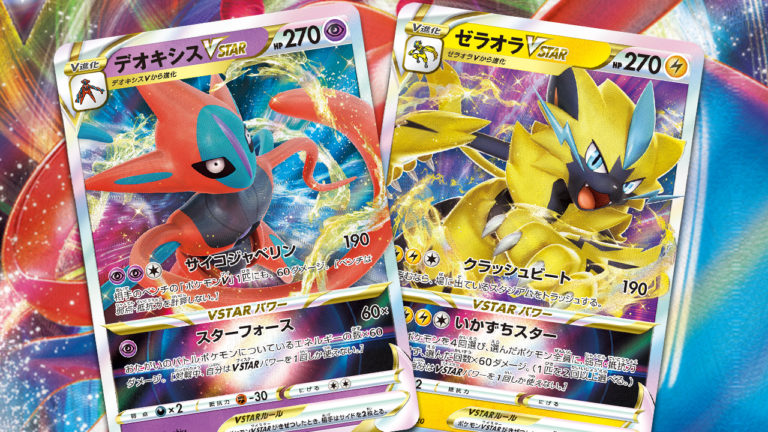 The Pokemon Both TCG and OCG have made new announcements over the past 24 hours, and to end the week, new high-class decks have been revealed.

As reported by PokeBeach, two decks will be joining the game each, including the VSTAR and VMAX forms of their featured Pokémon. One will be for Deoxys and the other for Zeraora.

These two Pokemon are getting the VSTAR treatment for the first time. Each starter deck also includes a V-shape of their respective Pokemon.

Other items included are damage tokens, a coin with Deoxys or Zeraora, and a deck to battle with your new Pokemon.

Many reprinted cards that will be included in each deck were shown. For Zeraora, these include Mareep, Thunderous, and more. For the Deoxys deck, you will also get Cresellia and Lumineon.

These high-class decks will arrive alongside Pokemon OCG’s next set Lost Abyss the 15th of July. They will be exclusive to Japan, so Western collectors will have to buy them online or through resale.

Lost Abyss will feature Giratina VSTAR for the first time alongside a variety of other new VSTAR maps from the Hisui region. The set will also bring back a retired game mechanic called the lost area. This is a discard pile, from which you cannot take cards.

Lots of cards in Lost Abyss will be translated and published in the Pokémon TCG set Lost origin in September. Currently, there are no Western releases planned for the high-class decks of Deoxys or Zeraora.